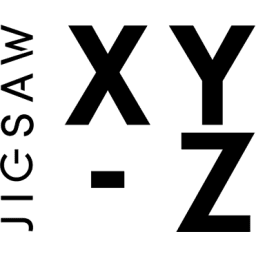 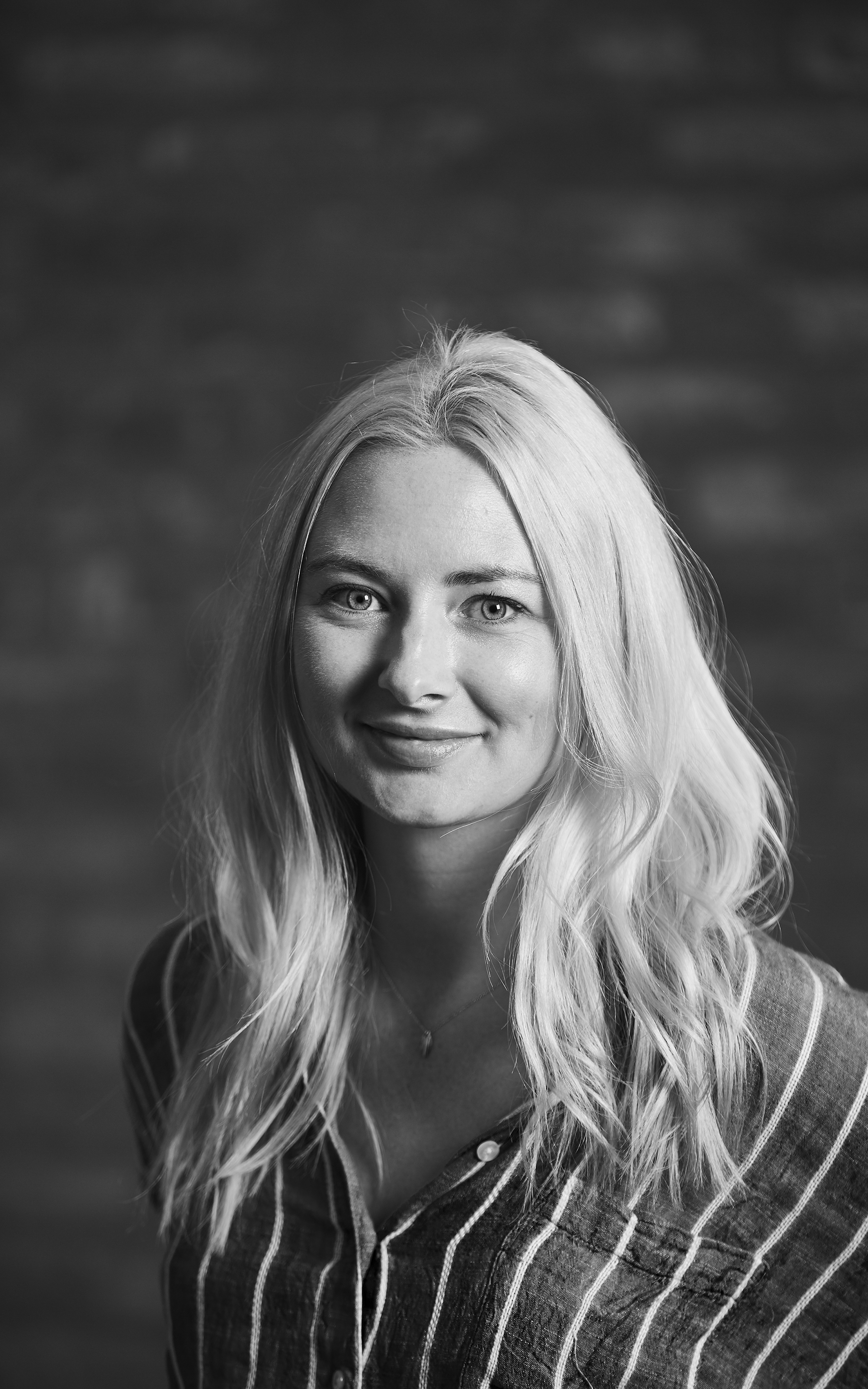 Jigsaw is a vibrant and ever-growing Fin-Tech company that required a transformation of their new office space into an environment which would resemble more of a home than an office – the anti-office. The client wanted a space that would not only function as a working office but would also give everyone a space to relax, come together and innovate as well as including two sleep pods for those off of long haul flights and in need of forty winks. A working, front of house coffee shop/bar also added a unique element to the brief.

The overall scheme, materials and colour palette were considered to compliment the old warehouse buildings of the surrounding area of Old Street. The majority of the colours kept to an earthy palette of rusts, greens and natural materials and brick walls in the breakout mimic the old warehouses of East London as well as re-claimed scaffolding and a corten steel bar front marrying the materials with the rooftop garden.

With most of the design giving off an industrial feel, ThirdWay designed a corrugated bar front, however, this posed a challenge as real corrugated corten steel would rub off and be inappropriate for a commercial interior. ThirdWay’s design team had a lengthy process sourcing appropriate corten steel which had the flexibility and found ‘rust on a roll’ which is usually used as a wall covering.

The desired effect was finally created after lightly heating the material and applying it to corrugated metal. ThirdWay spent a long time also trialling different lacquers to act as a sealant so the rust would not rub off or affect the colour of the material.

The client wanted to include multiple different working areas and so the team worked on bespoke concepts for each. The third floor has fixed desking and meeting rooms with a large collaboration wall made from writeable glass and cork. On the fourth floor, ThirdWay conceived concepts; a library, a collaboration pit and lastly a zen zone. Each area offers different styles of work, from having your head down at a desk in the library to shoes off in the sunken seating. Creeping vines were added to the breakout mesh ceiling reminiscent of a secret overgrown garden, which complimented the rustic re-claimed scaffolding boards and terracotta brickwork.

Jigsaw led the technology side of the build – which played a valuable part in the design. Both floors have a multitude of AV equipment, including Sonos systems in each key area, allowing the family of colleagues to come together and share music. Leading from the coffee shop, you enter an experiential tunnel with a vibrant ever-changing light show built up from 1000+ LEDs and two 4k projectors – these are controlled by the creative team and serve as a way to surprise and delight the team and clients alike. This also helps to further zone the space, one side the working world and the other the more relaxed slower paced coffee shop/breakout. 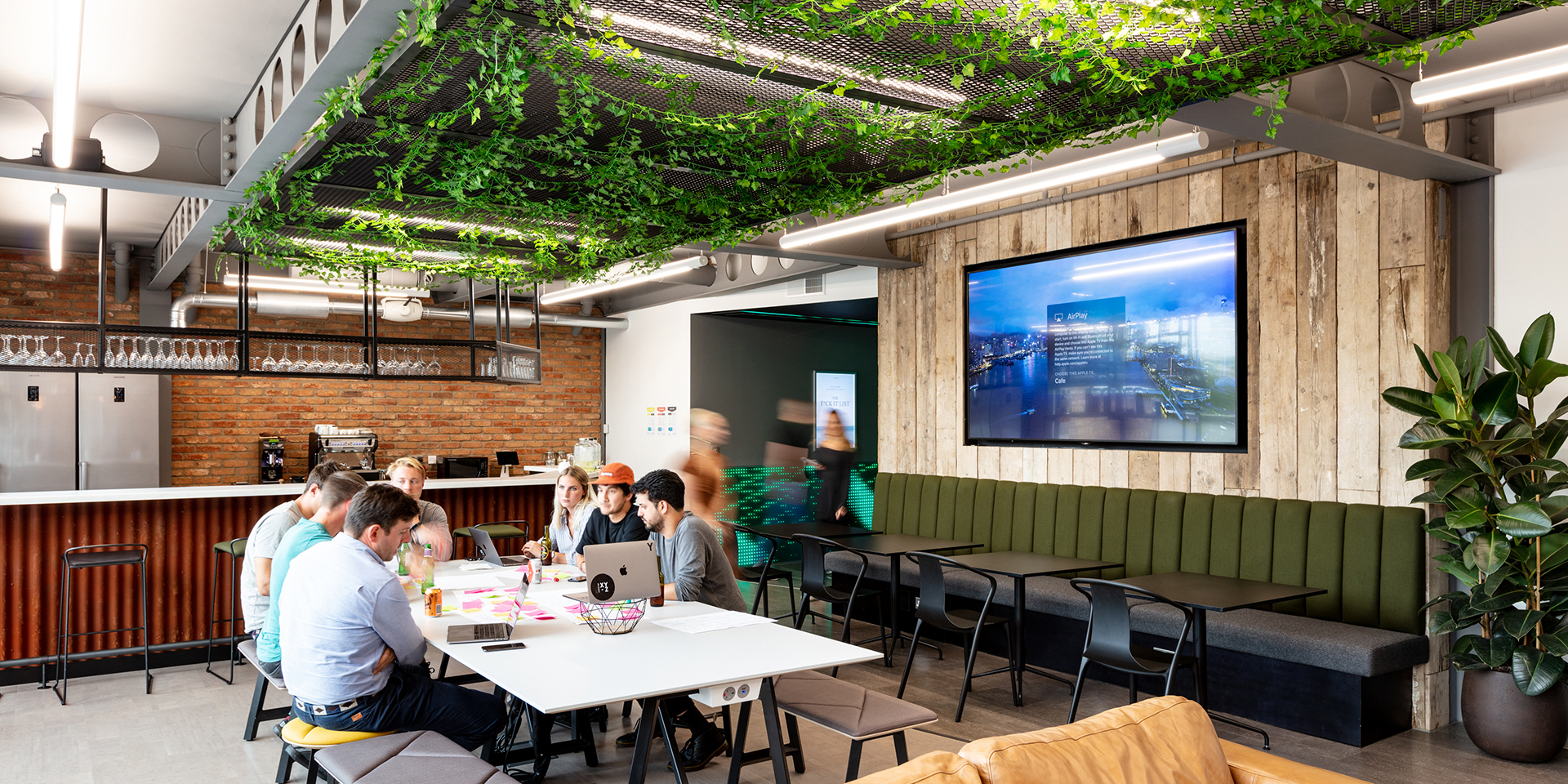 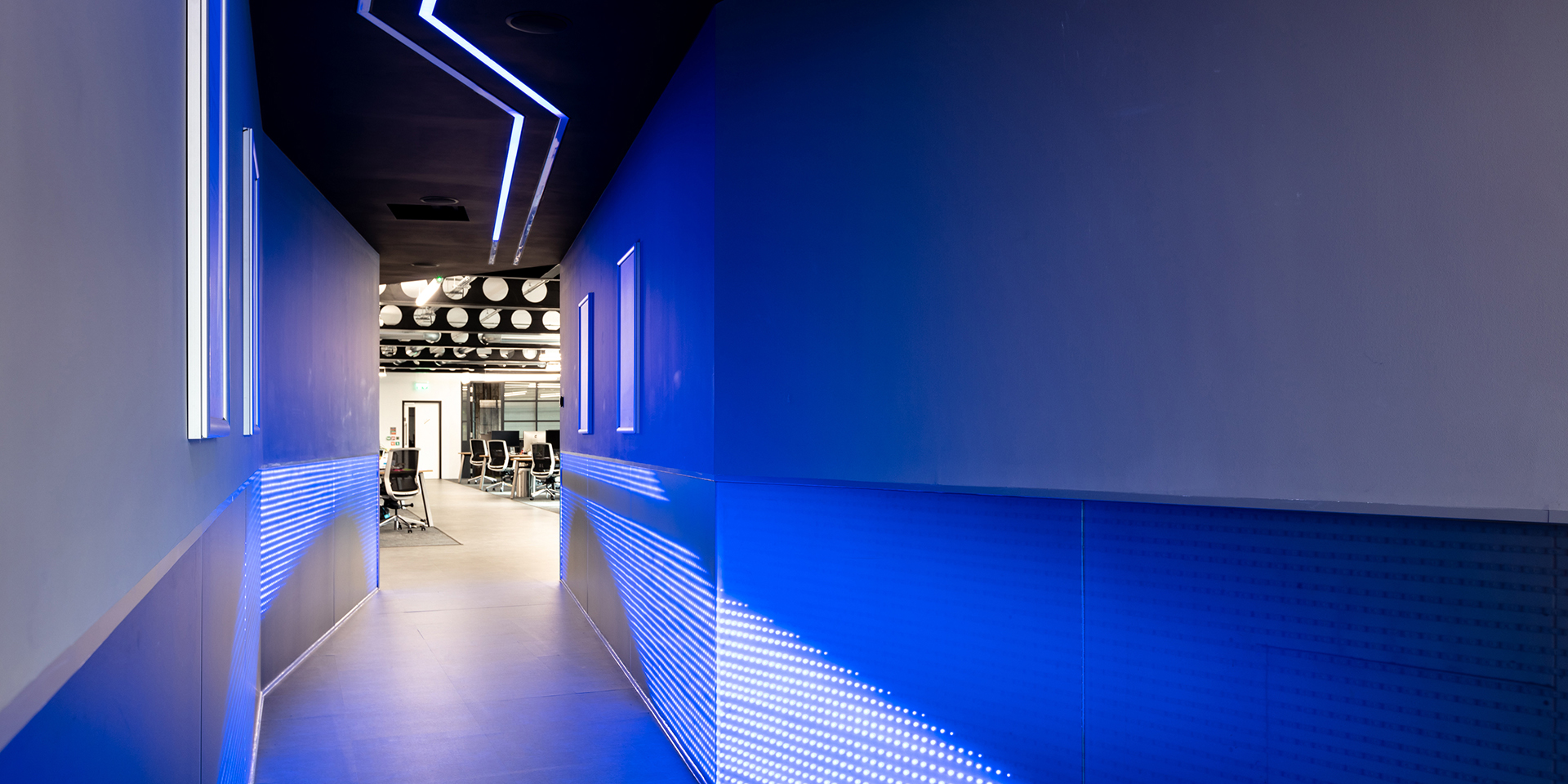 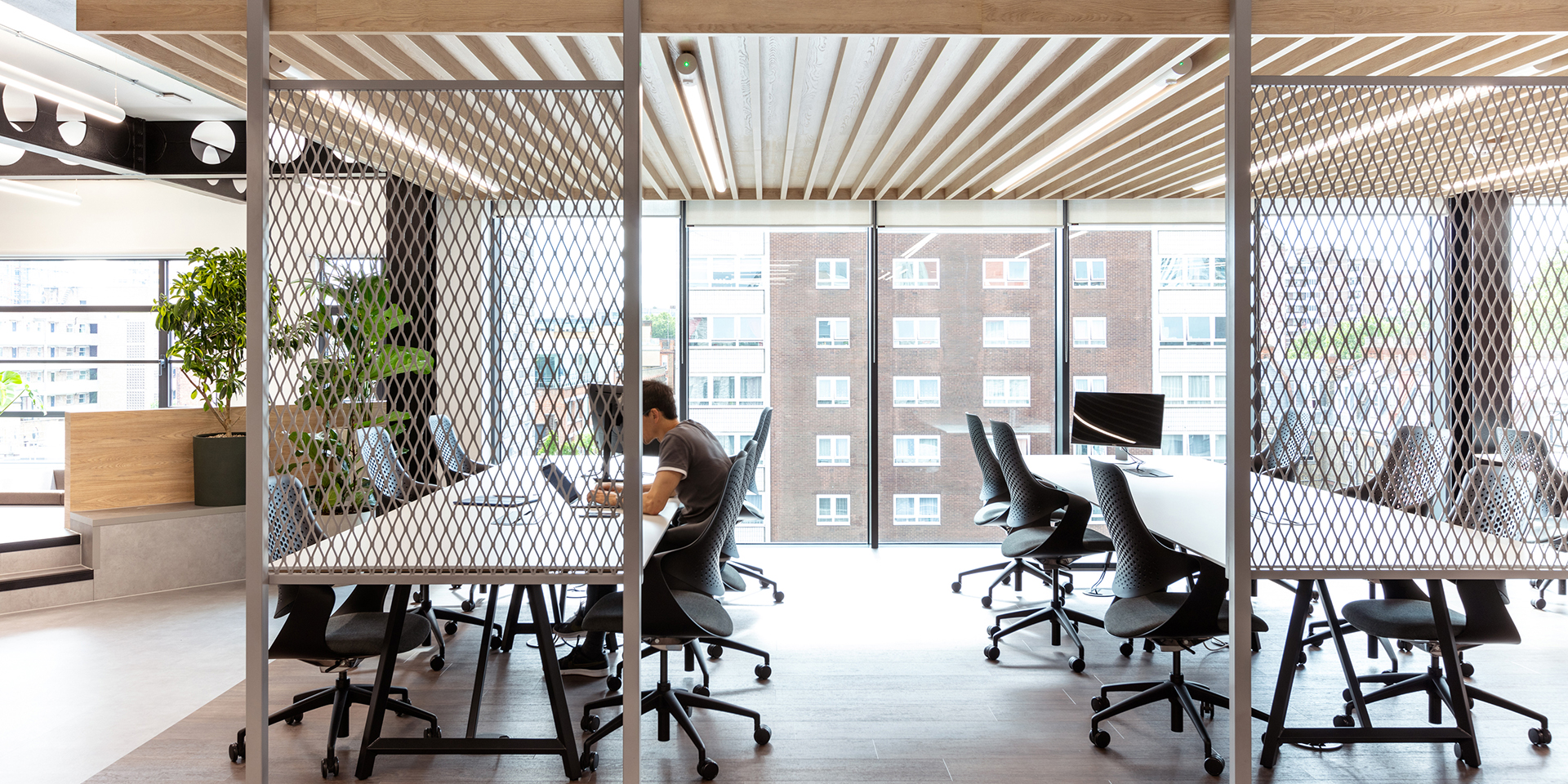 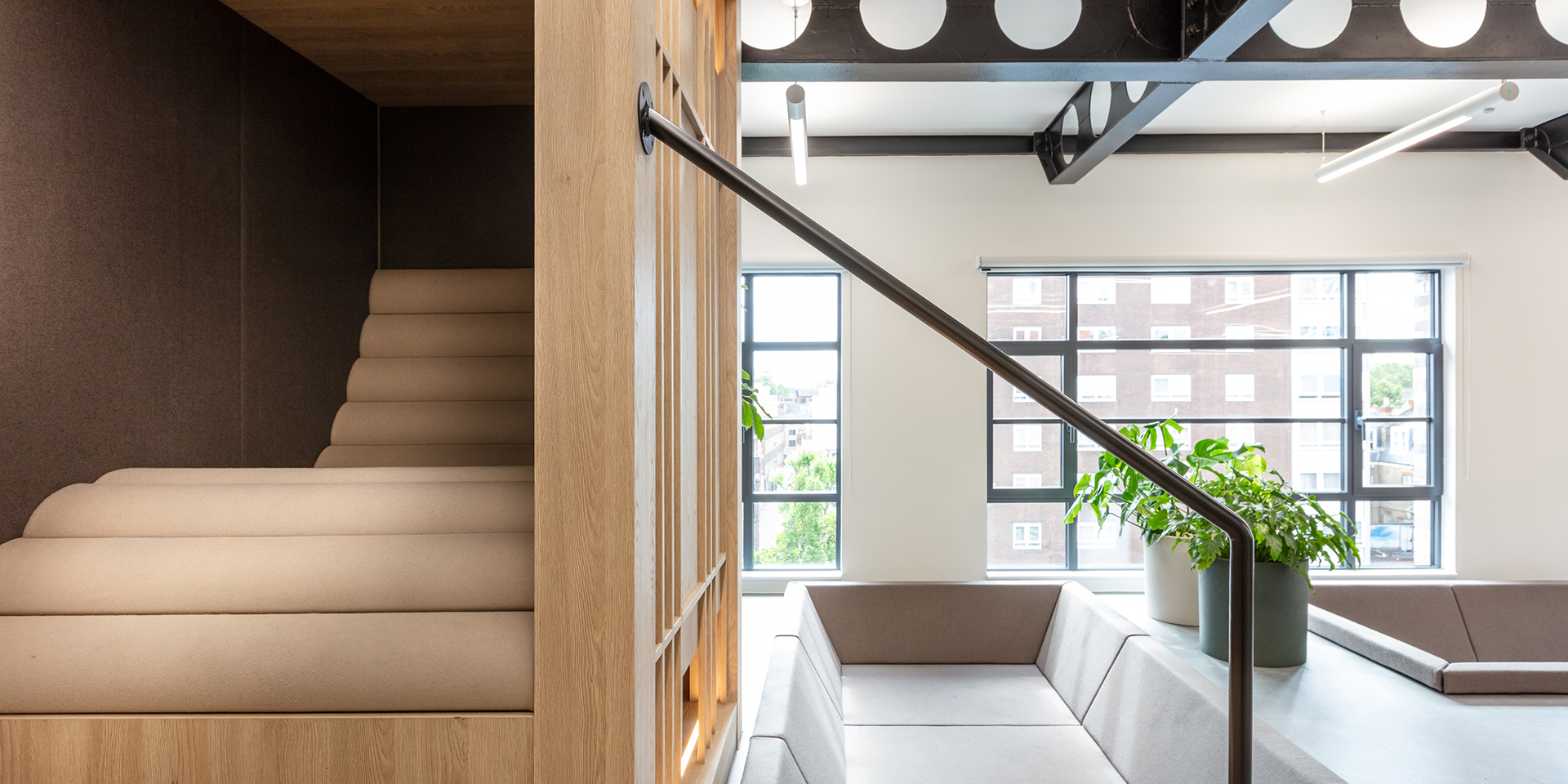 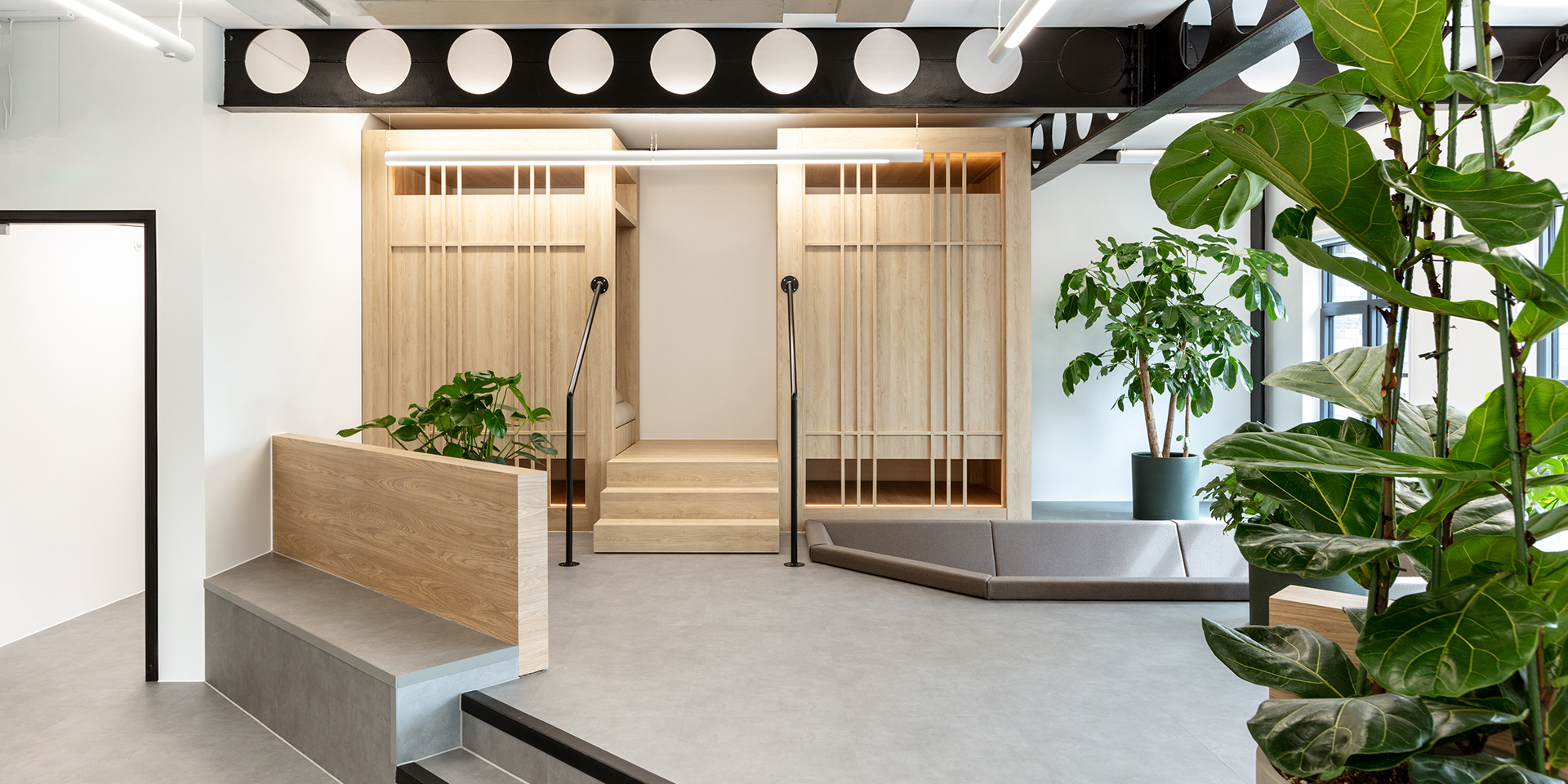 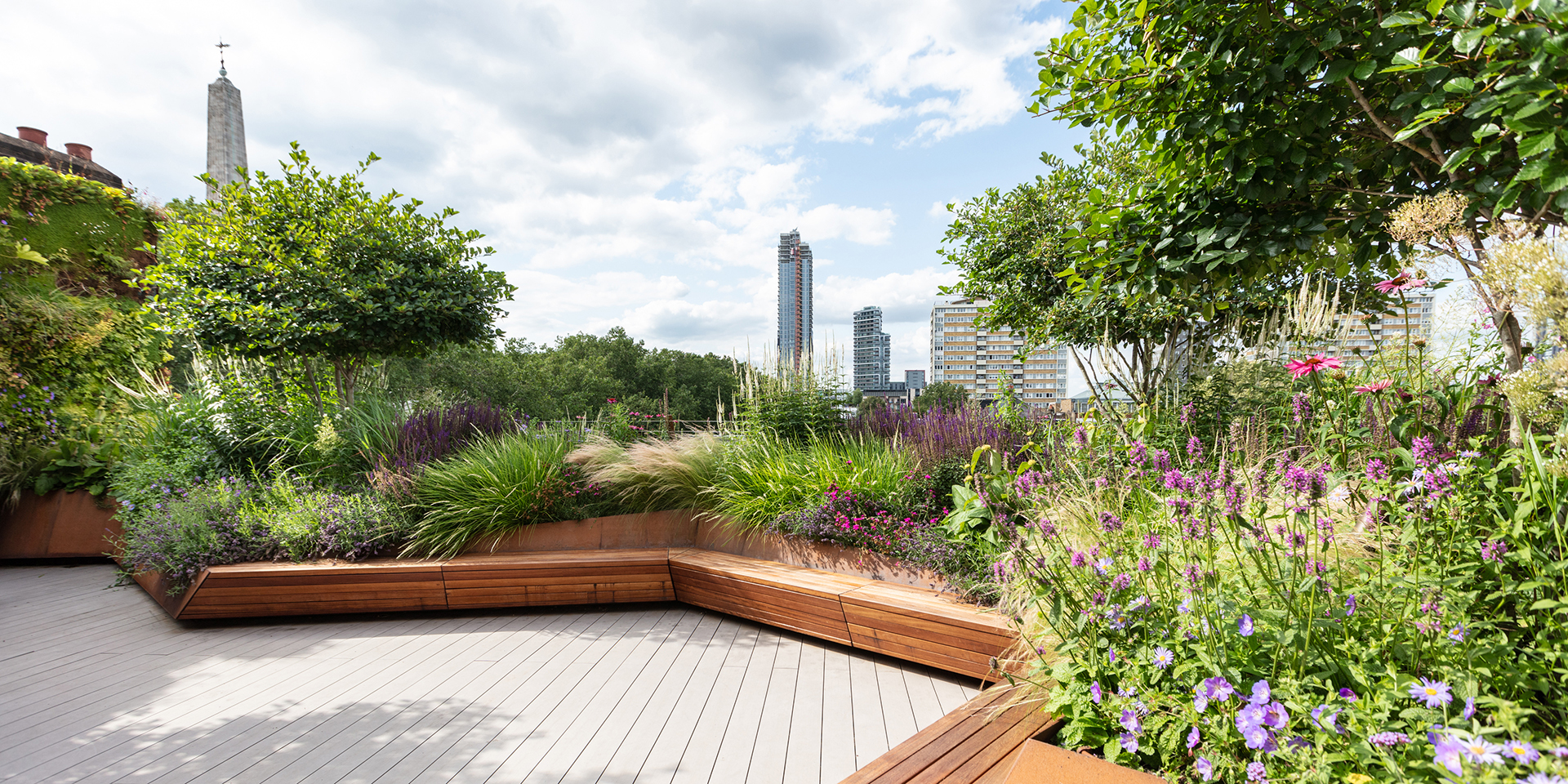 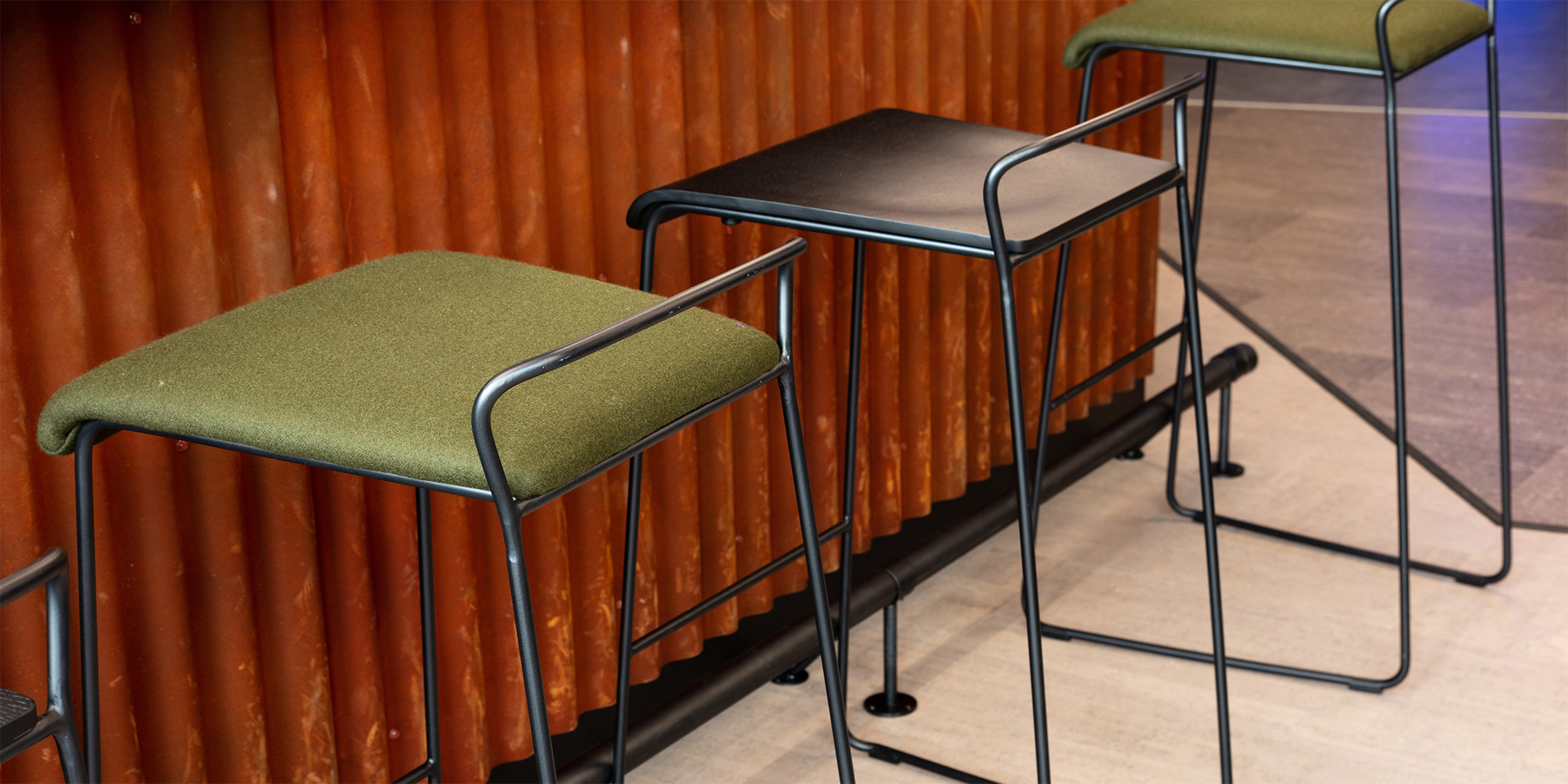 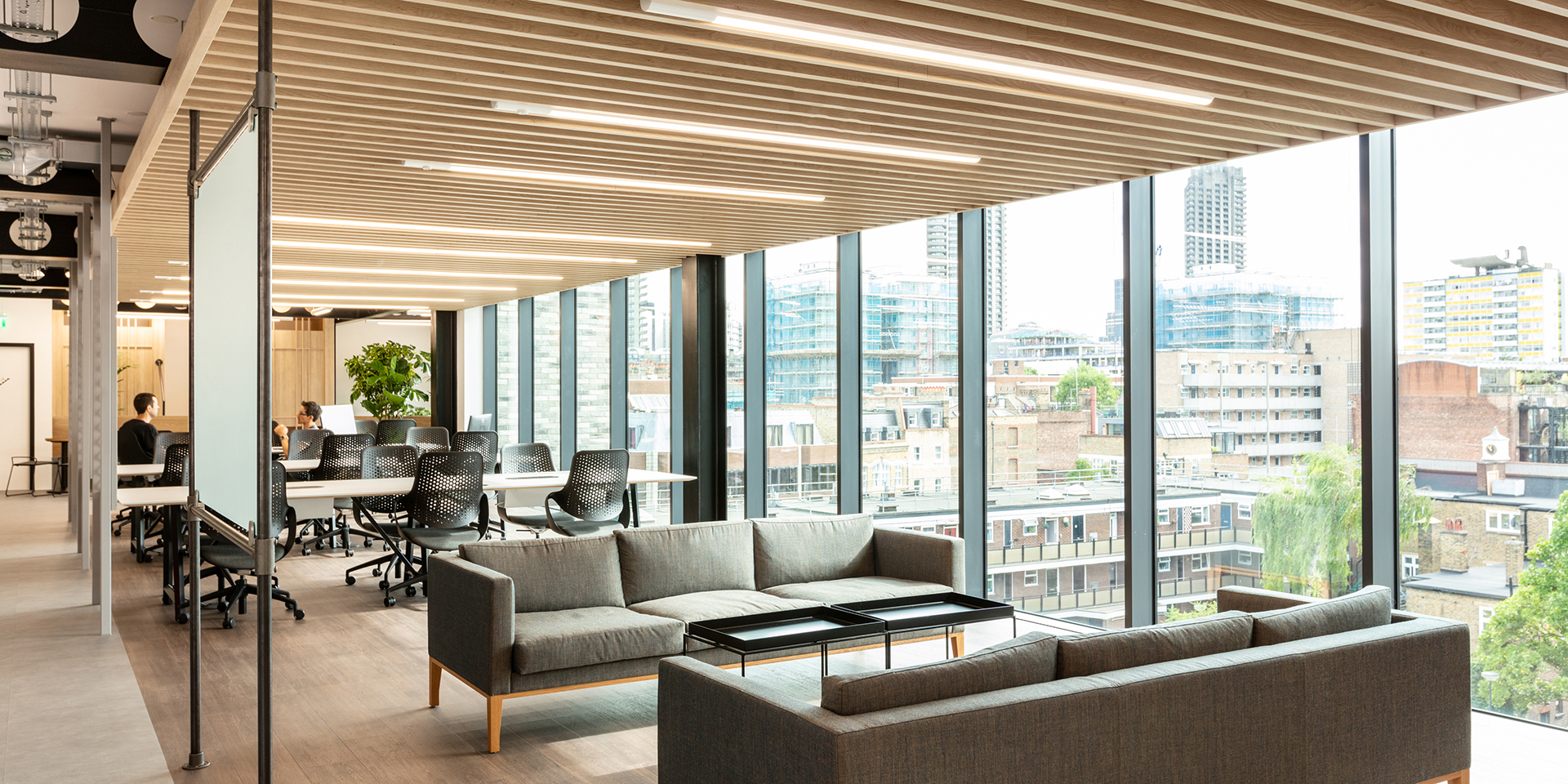 Sustainability: Is 'we would if we could' good enough in 2021?