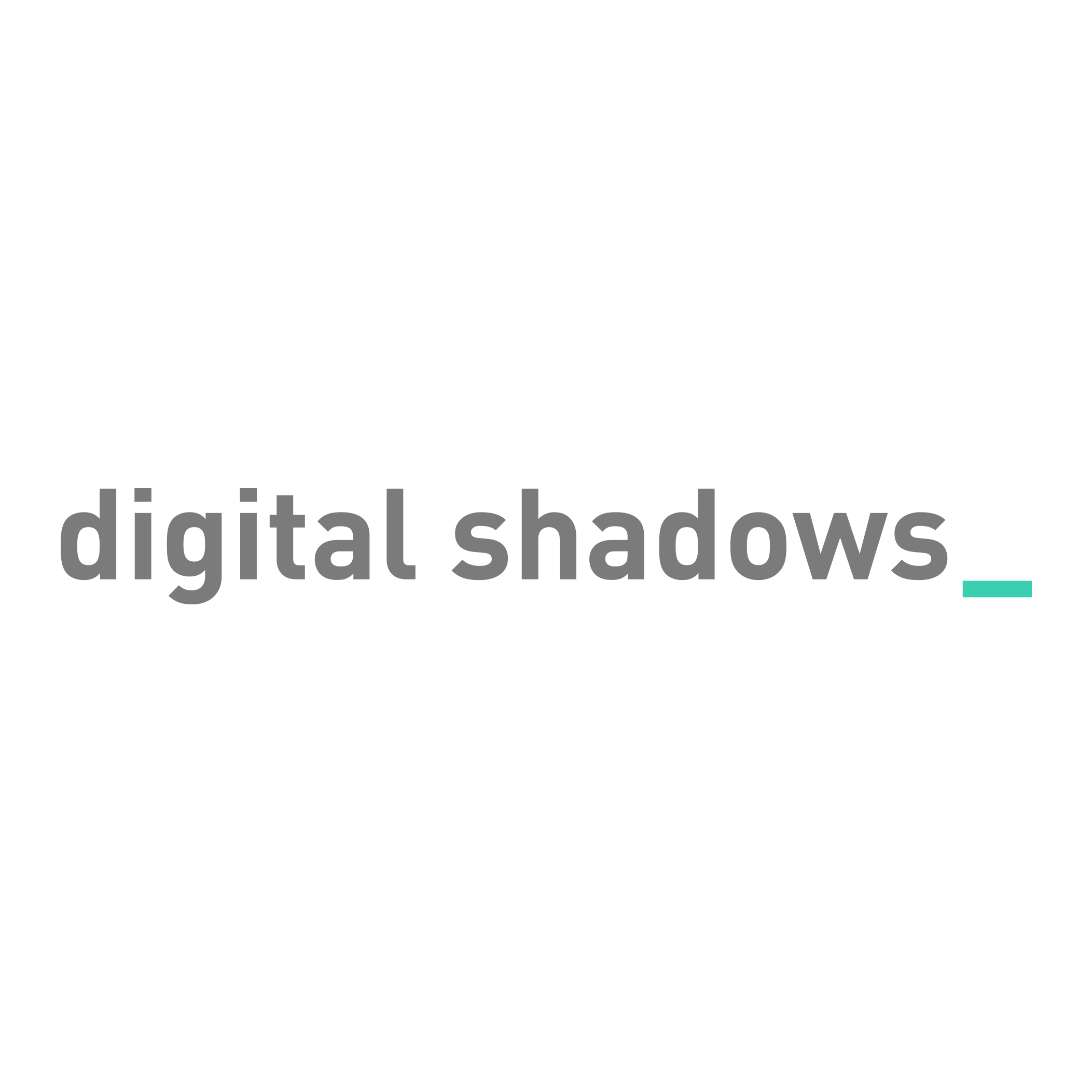 Digital Shadows were looking for a new office space that promoted collaboration and also provided a variety of different environments for people to work effectively in depending on their activity, mood and personal working preference.

We created several zones including conventional workstations, breakout spaces, chill out areas, booths and individual workrooms. There’s also a bleacher that is used for presentations and a large, social coffee/dining area. The spaces have mainly been broken up by open shelving as opposed to hard partitions to further promote the feeling of openness and space, and in some areas dividers double up as whiteboards for impromptu brainstorming sessions.

To manage the acoustics of a very busy environment we introduced a suspended ceiling into the working areas to absorb sound. In the more social areas such as the large games room, where the acoustics weren’t an issue, we left the original potted ceiling exposed to add character.

The scheme also included new ductwork and lighting, painted purple and green respectively, to tie in with the Digital Shadows brand. ThirdWay also designed abstract graphic manifestations for the meeting rooms which are named after programmers within the digital industry.

“We met the team and walked them through the blank space, and told them what we needed. A week later they came back with a design that blew us away. From that moment there was no other competition.” 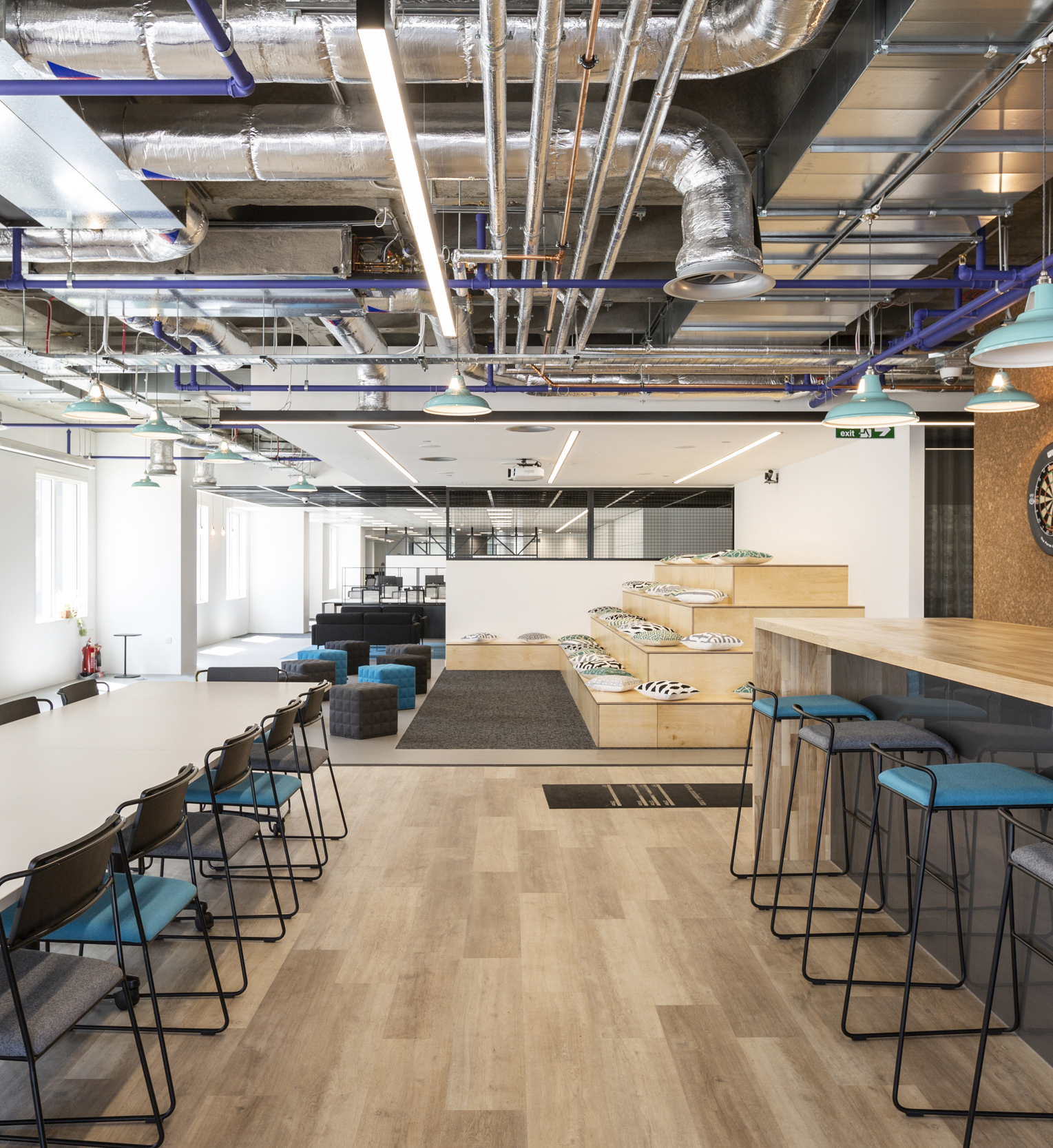 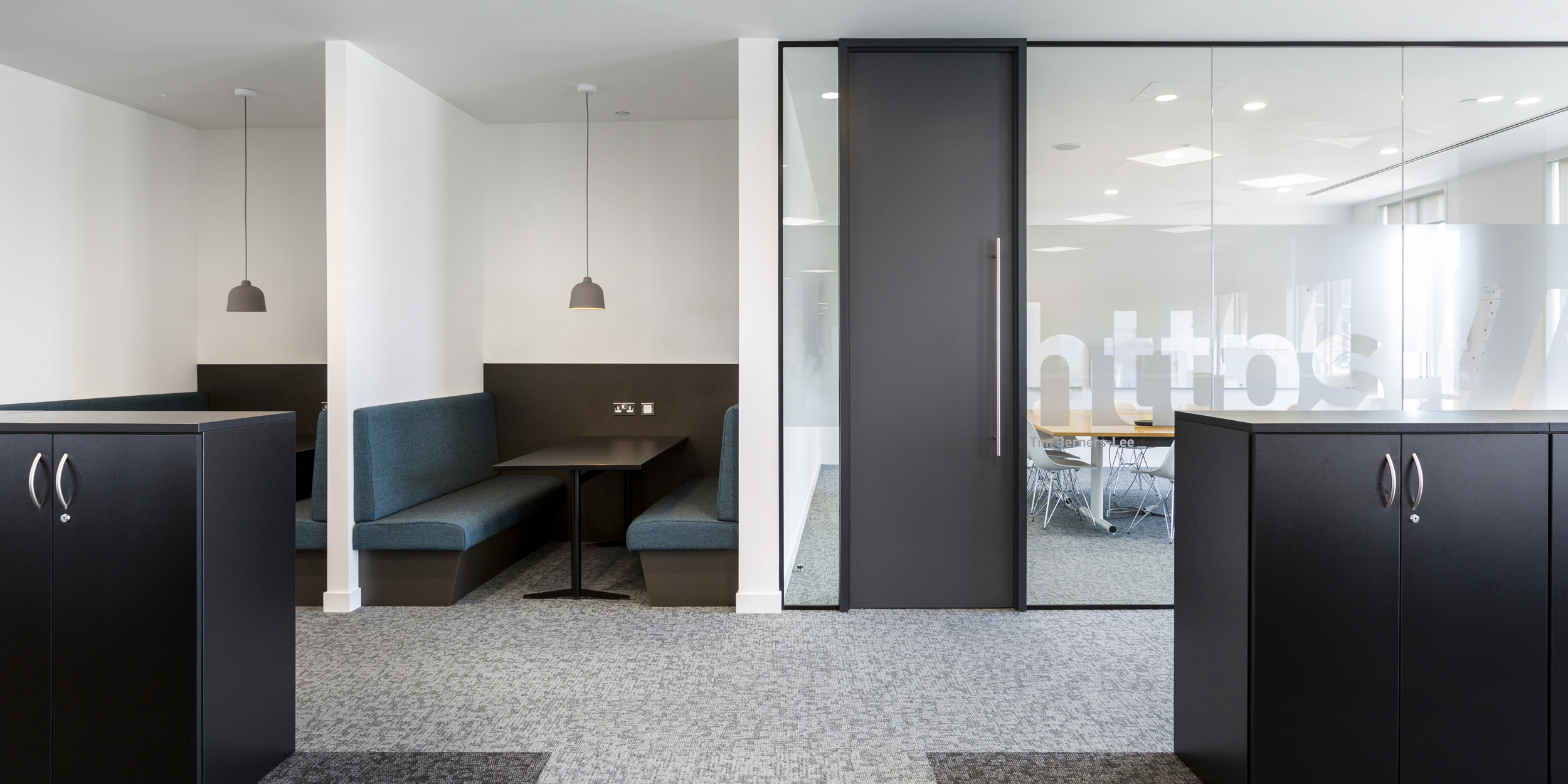 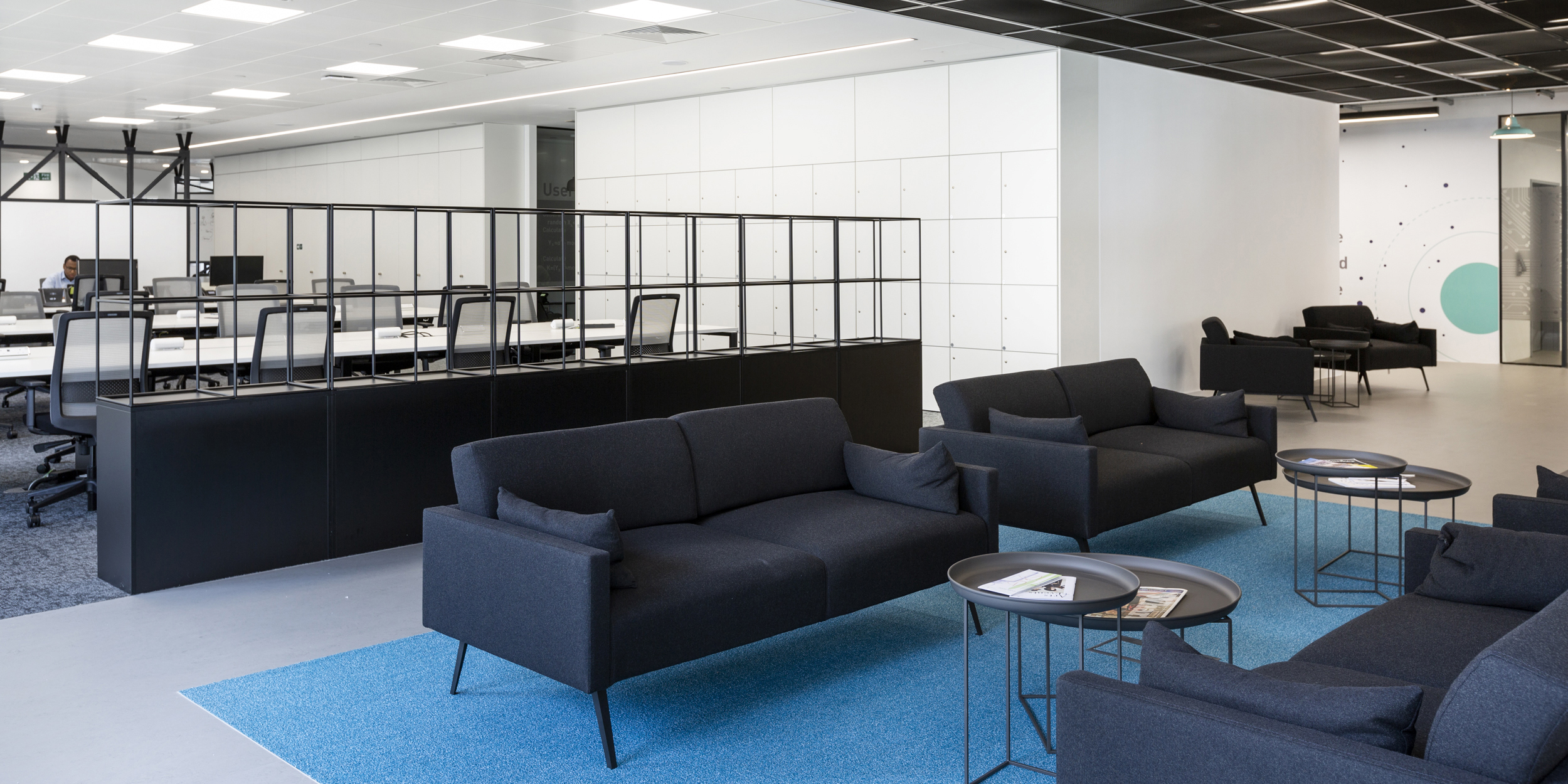 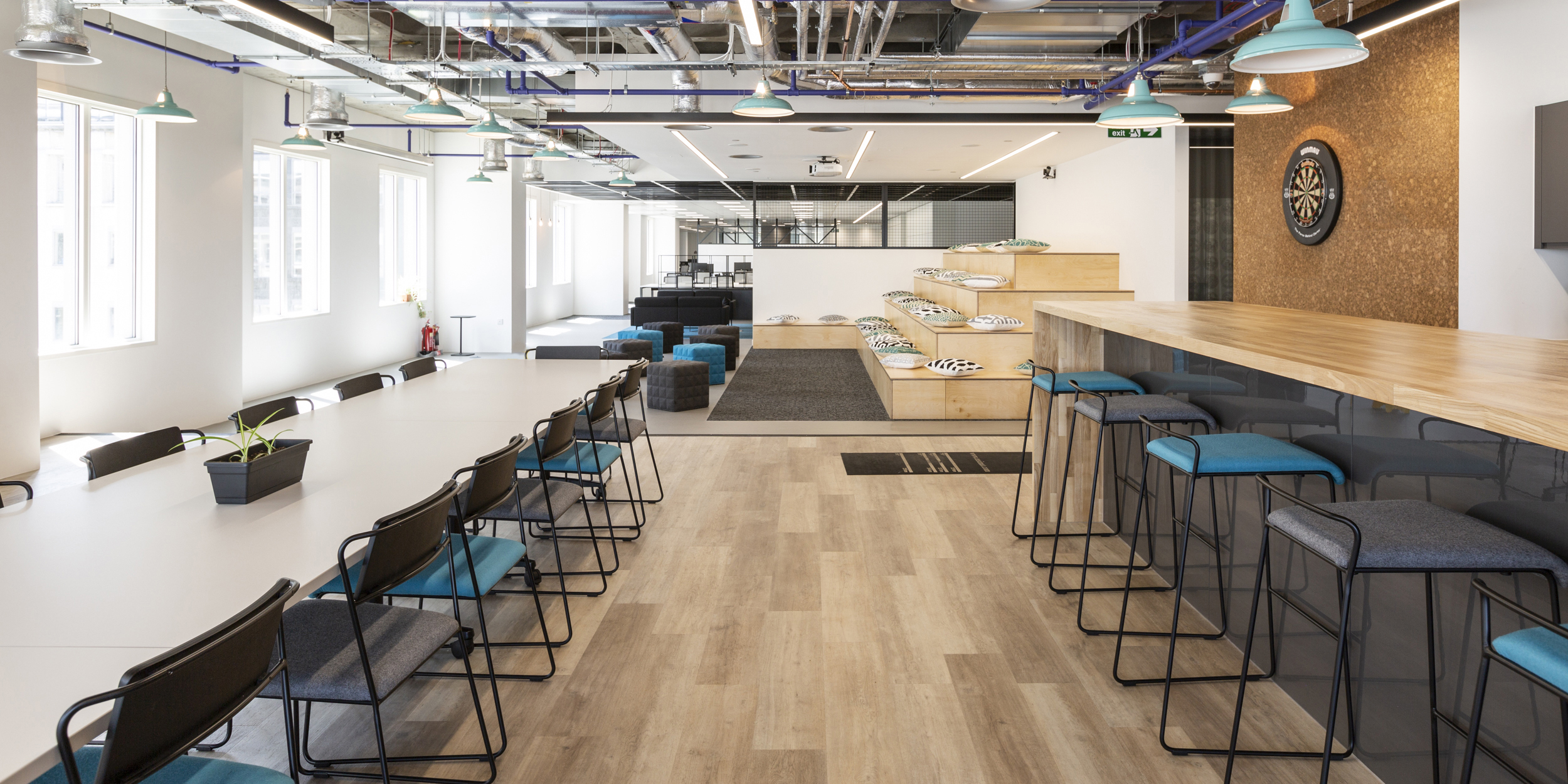 What is Cat A+ and why is it a game-changer?